Therefore, AI research is defined as the study of devices that perceive environment and take actions that maximize their goals.

AI research started in 1956 after a workshop at Dartmouth College and its fathers where:
– Allen Newell and Herbert Simon from CMU
– John McCarthy and Marvin Minsky from MIT
– Arthur Samuel from IBM

The outcome was a disaster and it lead to an era called AI Winter where obtaining funding for AI projects was difficult.

These were based of trees made of if-then rules that simulated the decision-making ability of a human and made machines able to solve more than one of the 5 acting like a human macro-functions at a time (the so called General AI).

In fact, it was just a demonstration that the computational power of a machine can be greater than the one of human brain.

This breakthrough was possible because of the accessibility of:
– Data Storage (today memory is roughly 2-300,000 times cheaper than in 1956)
– Computational Power (both in terms of space needed, energy consumption and costs)

The hype for AI is nowadays very high and involves industries such as:
– Advertising
– Audit
– Automotive
– Finance and Economics
– Healthcare
– Military
– Video Games

This website uses cookies to improve your experience while you navigate through the website. Out of these, the cookies that are categorized as necessary are stored on your browser as they are essential for the working of basic functionalities of the website. We also use third-party cookies that help us analyze and understand how you use this website. These cookies will be stored in your browser only with your consent. You also have the option to opt-out of these cookies. But opting out of some of these cookies may affect your browsing experience.
Necessary Always Enabled

Read this Book and Become an Artificial Intelligence Expert! 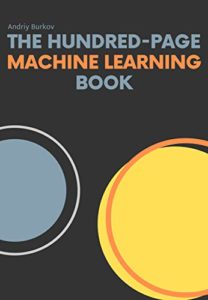