As reported on The Business of Fashion:

Luxury’s growing focus on sustainability showed no signs of slowing last month. A BoF report revealed that Hermès is betting on mushroom-based leather. Ralph Lauren introduced Colour on Demand, a cotton dyeing technology that minimises waste water, as well as a new circularity strategy that enables consumers to resell, recycle and even rent Ralph Lauren clothes. Meanwhile, Estée Lauder and Safilo committed to using sustainable plastic in their packaging and eyewear products, respectively. And Kering took a 5 percent stake in resale site Vestiaire Collective, citing sustainability as key to its rationale.

“Our youngest clients are including circularity in the way they think about their fashion purchases, and they are very aware of the sustainability commitments of brands,” Kering’s Gregory Boutté told BoF. “It’s a shift that could shape the luxury industry for decades. So, this is about playing an active role in that.”

The truth is, luxury has a chequered history when it comes to sustainability and it is consumers who have thus far forced the sector to clean up its act. First to feel the pressure was the diamond industry which introduced the Kimberley Process to address the issue of so-called “blood diamonds,” although brands such as Tiffany have recently taken this several steps further, tracing a diamond’s journey from mine to retail to ensure environmental and ethical standards. Then came the widespread ban on fur as well as a sound look at how exotic skins were sourced. And who can forget the issue of animal testing in beauty?

China represents an interesting challenge for luxury brands as they aim to clean up their supply chains. Recent reports of forced labour in Xinjiang’s cotton industry have prompted brands to reject cotton sourced from that region. Burberry was one such brand but as a result the British label lost a high-profile ambassador, was dropped by a popular video game, has faced threats of boycotts by Chinese consumers and has been bombarded by severely negative mentions on Chinese social media. This is a tough pill to swallow for a company that generates more than 40 percent of sales from Chinese customers.

But fundamentally, the luxury sector has yet to reconcile its focus on sustainability with increasing demand for its products and the need to drive growth. Indeed, there is a deep tension between what is good for the world and what is good for shareholders that must be resolved if the industry is to make real progress.

Last month rang to a chorus of positive trading updates and increases in sales growth forecasts for the current year. Despite the potential for further disruption from continental Europe’s third infection wave, companies including Burberry, Tod’s, Ferragamo, Swatch, Prada and Brunello Cucinelli reported a recovery in business in the early trading months of 2021. Notably, Cucinelli increased its sales growth expectations from 15 percent to a range of 15-20 percent for this year and Prada expected to return to pre-pandemic levels as early as this year.

The Savigny Luxury Index (“SLI”) gained over 6 percent in March on the back of encouraging trading updates, whilst the MSCI gained 5 percentage points as the world continues to get vaccinated. 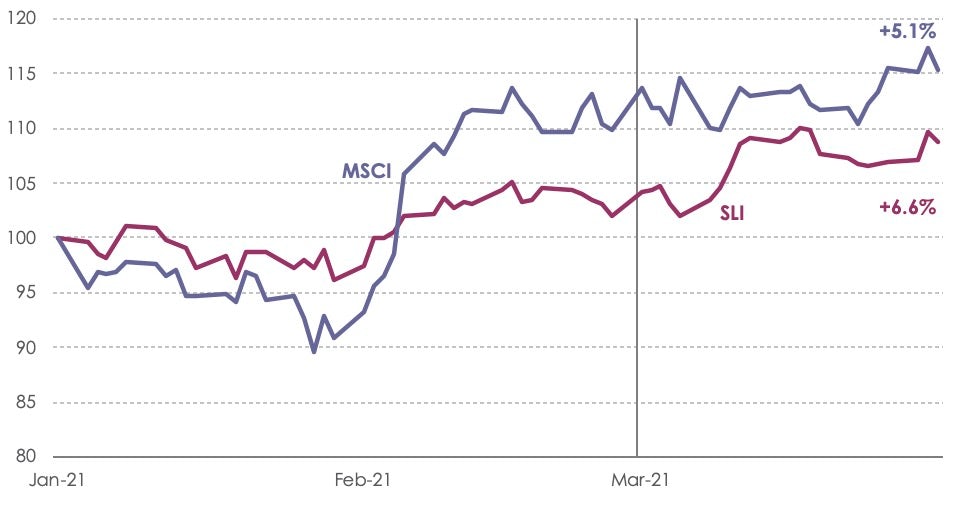 The 1st of May will bring to an end the animal testing requirements imposed by the Chinese government on the import of “general” cosmetic products, including makeup, bodywash and lotions. This has been a bane on the moral compass of beauty brands willing to sell domestically in China, not to mention the significant damage that would be done to their image (and sales) in the West by agreeing to test their products on animals in exchange for access to a significant new market. Whilst it has been possible to sell cross-border into China via online resellers without any animal testing, we should now expect a gold rush by beauty brands onto domestic online platforms as well as through brick and mortar channels. 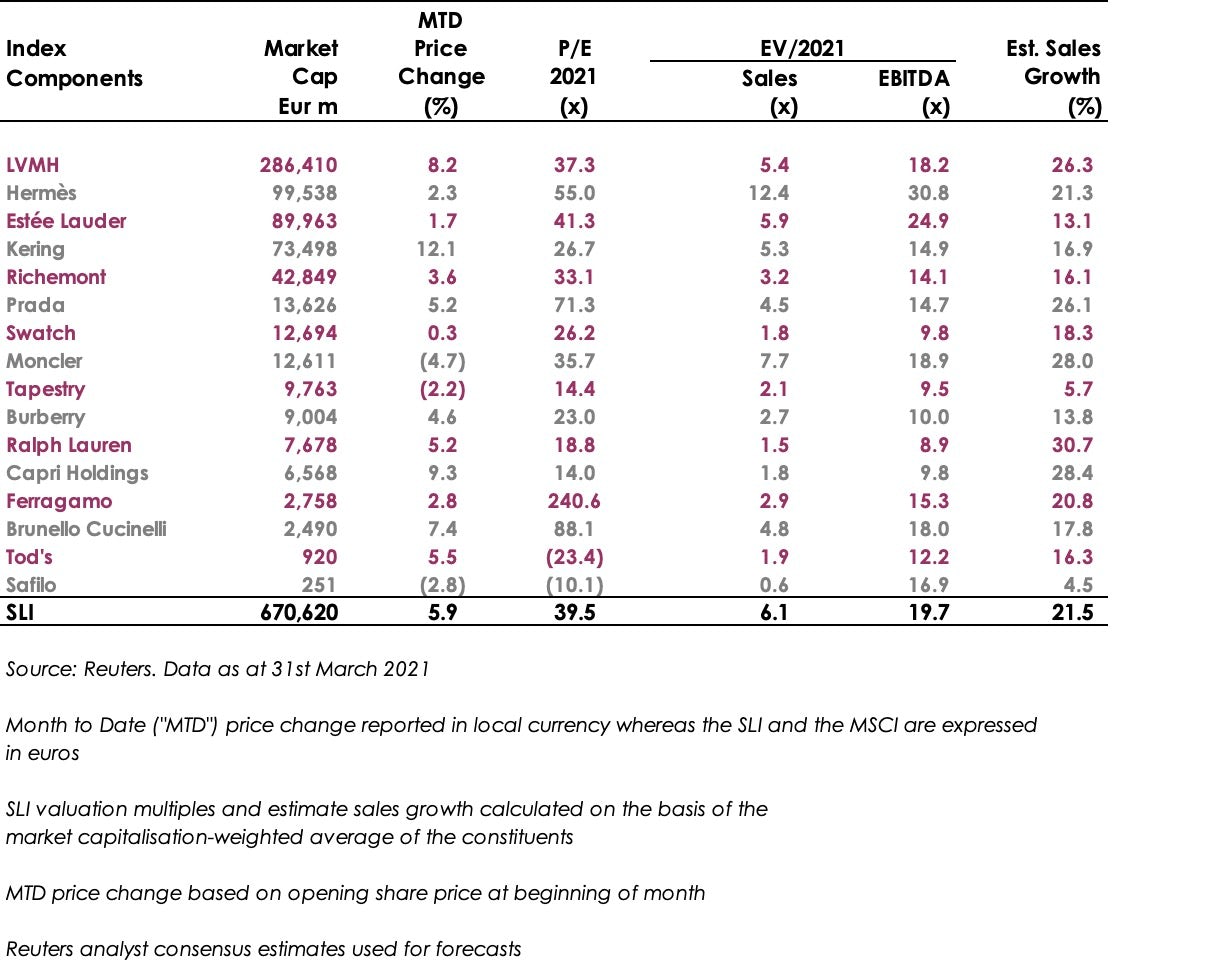 Pierre Mallevays is a partner and co-head of merchant banking at Stanhope Capital Group.

​
Source: The Business of Fashion
Author: Pierre Mallevays
Date: 2021 04 15
Link: https://www.businessoffashion.com/opinions/finance/is-sustainability-compatible-with-growth
​
PS To People Who Want To Find Must-Read Content but Can’t Get Started:
​
Get Rid of That Information Overload!
​
We read everything and we keep only Pro Content about:
– Business #Strategy
– #Startups Strategy
– #Growth Hacking
– Artificial Intelligence #ai
​
Why do we do it? Because #SharingIsCaring